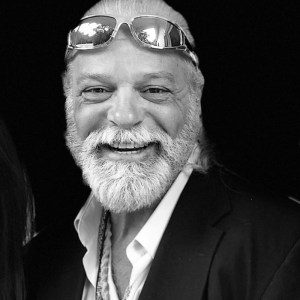 The Great Grandfather of Hybrid Cannabis

Rick Naya is a New Hampshire State Primary Cannabis Lobbyist who has led the way to legalization of medical cannabis in that state.   He is currently the active Executive Director of New Hampshire NORML and has served on various boards for organizations like NHCAN, NH Farmers Cannabis Collective, and HLA-Hemp Industry Leaders Association.  He has assisted the State House with the process of preparing the state for legalizing cannabis for medical purposes, consulting House Representatives and Cannabis Commissions that are currently leading the way to full legalization of Cannabis in NH.  He is NH’s first licensed cannabis patient and was awarded a certificate for writing House Bill, rules and regulations for:

Rick is a certified cannabis grower for the past 40 years and developer multiple strains including Florida’s infamous Gainesville Green of 76′.  He was the designer of a variety of cannabis strains. Including: THP, Carrot Cake, Nayalator, Dynamoqueen, SquiggleWalker, and After-Lator.  He was named the Great Grandfather of Hybrid Cannabis by Sensei magazine in August of 2018.

Rick is a South Florida native who attended Miami-Dade and Broward Community College. He also holds a Bachelors of Science degree in Construction Management from the University of Florida.  This led him to work on major development projects throughout Dade and Broward counties, and most of the state of Florida before relocating and taking his passion for cannabis to New Hampshire.  Rick has a deep understanding of what it takes to operate a thriving business in today’s cannabis markets, bringing more than 50 years of experience in it’s culture, legislation, production and manufacturing.

All Sessions by Rick Naya