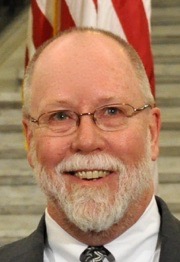 In 1970 Will Luzier, the Political Director for the Marijuana Policy Project of Massachusetts, was arrested for possession of less than a quarter ounce of marijuana. The case was dismissed due to an illegal search.  The experience cemented his resolve that marijuana prohibition should end. That resolve was deferred by a career in law and politics. Will graduated from New England Law in 1978 and was appointed as an Assistant Attorney General where he served for twelve years. After a Boston City Council candidacy in 1993 he began to work in the Massachusetts Senate for two Senators, Warren and Steven Tolman.  From 2008 to 2015 he served as the Executive Director of the Interagency Council on Substance Abuse & Prevention. In July 2015 he was able to meld his political and legal experience with his passion for ending marijuana prohibition as the Campaign Manager for Yes on 4 to Tax & Regulate Marijuana.